My last restoration project was a pre-war Purdey side by side pigeon gun with extra barrels for an American client. This gun was originally built for an Australian and later found its way to the US where the gun was re-stocked and altered for a left handed shooter.

The new owner wished to return the gun to its original glory, and being right-handed, he also wished to re-stock it. Additionally, he made a number of personal customization requests.

We choose a piece of Turkish walnut that would be classed as deluxe grade.
Annealing the action and locks to re-set to the new stock dimensions.
We also replaced the original trigger blades.
We then re-stocked with the customers added request of beaver tail forend to his specific measurements.
We made new pins and engraved them, picking up the engraving on the barrels.
The barrels were stripped, re-laid and re-blacked.
The action and locks were colour case hardened with all the furniture re-blacked.
The carrying case was completely relined and recovered.
The client was sent photos as well as progress reports throughout the various stages of the restoration.

The client’s reaction…in his own words.

"Good Evening Keith. I just wanted to drop you a short note to thank you again for your brilliant restoration of my Purdey! Rarely at a loss for words, I found myself speechless as I open the case at Glenn’s shop last Thursday. I’m sure my eyes were as large as saucers. The gun is magnificent! The “proper London finish” on the stock is nothing short of spectacular. Truly a "Best Gun". The gun shoots straight fits me to perfection. I feel privileged to be the current caretaker of this piece of history that displays the highest level of the gun maker’s art and your personal eye for each detail. Over the last year, your regular communications and photos made me feel part of the process." 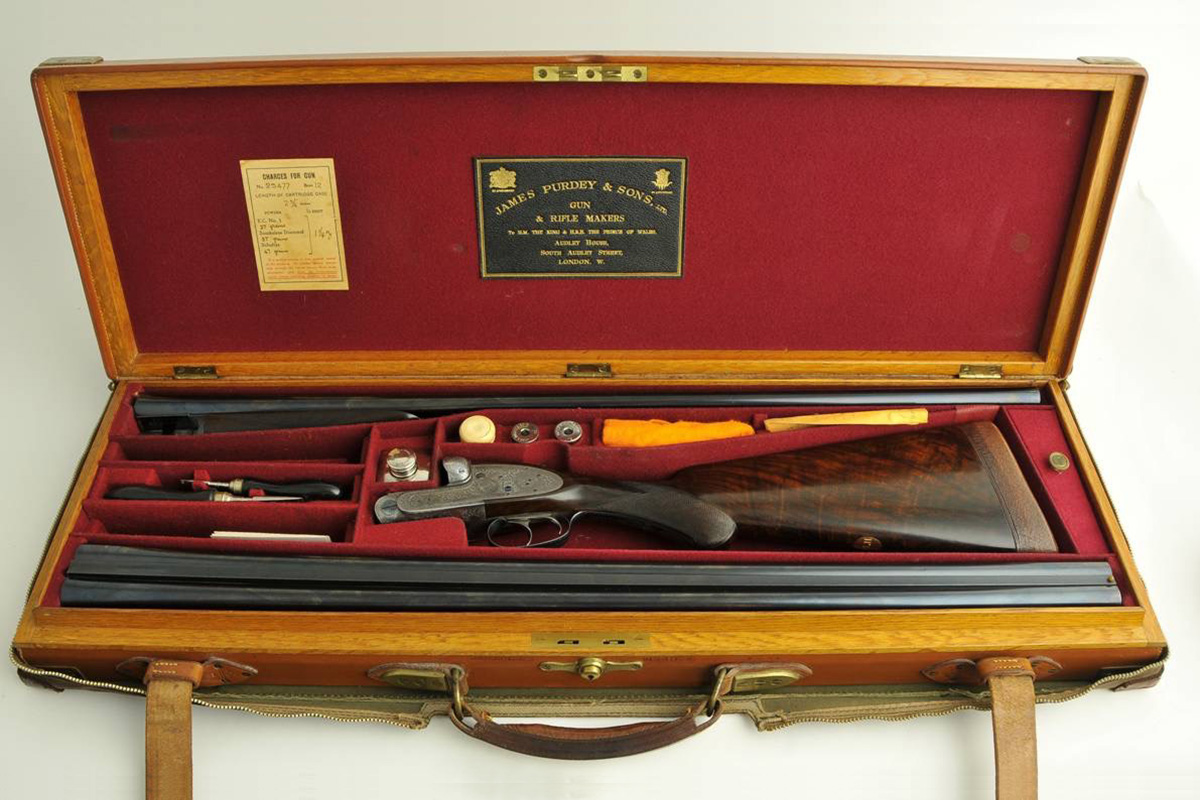 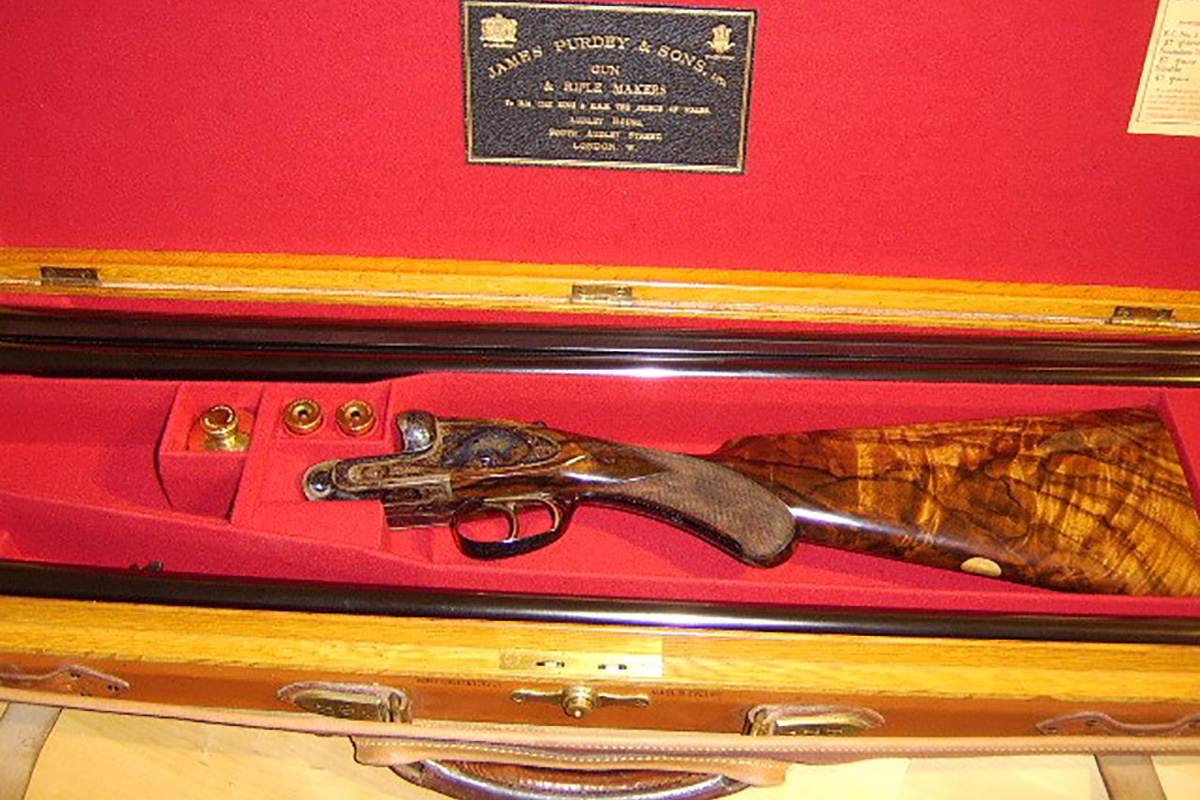 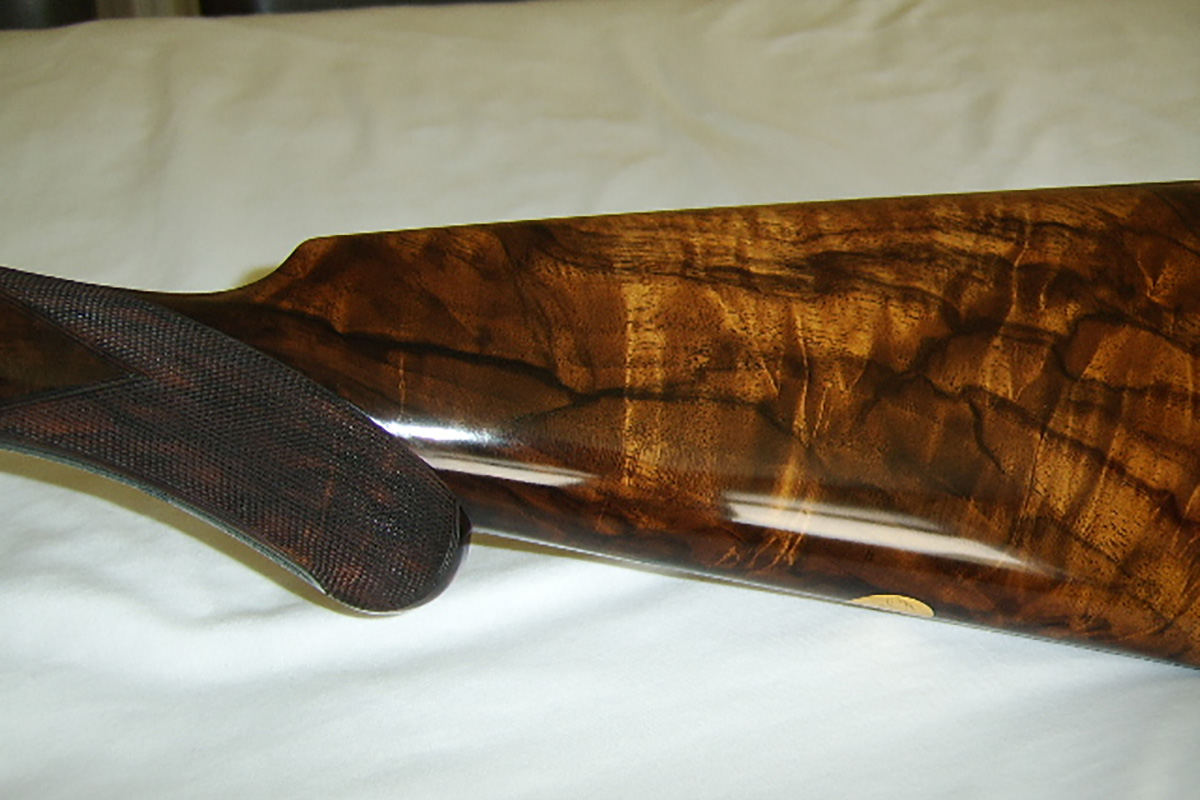